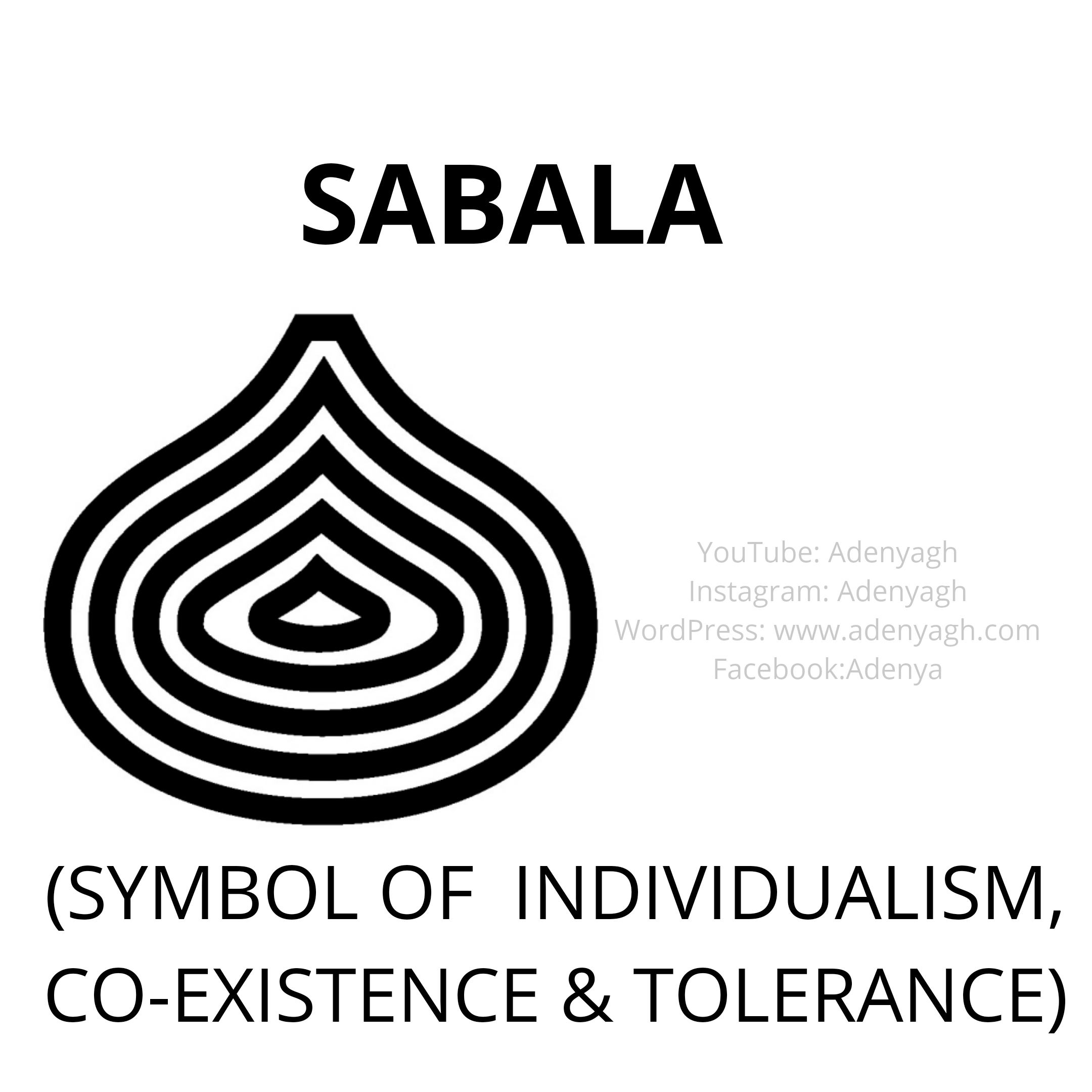 Where are my onion lovers? Well, if you hate the  scent of fresh Onions, I bet this symbol and its meaning would make you fall in love with this vegetable. It is taken  from the Proverb : Sabala le nogo gake mɔ le eme Yes. It looks like an onion. It is an abstract depiction of an onion. Sabala is a symbol of 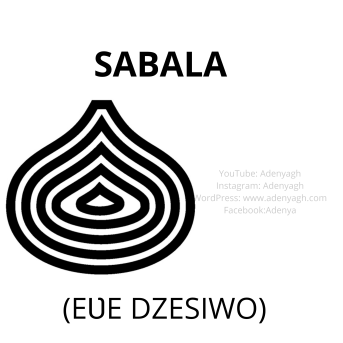 Alexander Kesse wrote in chapter 5 of a publication under the topic ‘Ethnic Identity’ as an Anti-colonial Weapon? Ewe Mobilisation from the Late Nineteenth Century to the 1960s’  “The natural psychological tendency of the Togoland people  (Eʋes) is not to unite to create greater groups, but to split up into ever smaller ones. I once reported that the people of the Akpini State, for instance, do not call themselves by the name of their State, Akpinis, but rather by the names of their divisions – Kpandus, Sovies, Alavanyos etcetera.” He added that this arrangement has made it difficult for Eʋes to come under a common rule like the Ashantis. Seeing the loosely formation of Eʋe states, Eʋes faced lots of invasion from outsiders like the Ashantis and Akwamus but they mostly overcame the invaders. When

Most of them have been left astonished till today attributing the many victories of the E es to their spiritual fortification (That is another matter), but what most  didn’t know was that, whenever an Eʋe Duko ( Clan or Community) sensed danger, they called for support from neighbouring states of Eʋe states which had superior strength to help them win the wars. So even though there were internal wranglings among the various groups, they came to fight any enemy they saw as common. Sabala le nogo gake mɔ le eme.
What we call unity in diversity right? Or diversity in unity. Even though Eʋes are scattered all over the world, adjusting and adapting to the cultures of their hosts, they still keep their Eʋe identity while making a conscious effort to stay in peace and harmony with people with diverse cultures.
If you are lazy, go to ant. If you want to learn about co-existence and tolerance, maybe, you should go to the  Eʋe person.
In recent days, we have seen or participated in protests because some people are not American enough. No matter the number of years they have spent in America, no matter their sacrifices and the good citizenship records, Americans are chased, held down, choked or shot. Why? Because they are not American white enough. Why? Because they have melanin. Why? Because they have negro surnames and negro noses, why because their hair is in Afro or plaited in cornrows or made into fine locs. For the American bigot, a black person with dreadlocks or gold teeth in a plush car is a drug dealer or a suspected robber
We are still protesting. Policies are being changed. Many call this historic.
In Ghana similar things are happening. Where we have observed over the years Cultural imperialism, tribalism and pitting one ethnic group against the other in the name of Politics or every day speech. If we do not know what diverse cultural intolerance can do. Go and ask the Rwandans. Why wouldHit ler want to exterminate the Jews? Because he saw Jews were less human. Why do we refer to America and Ghana in this discourse of Individualism, Co-operation and Tolerance?
America prides itself as the land of the free. Almost every country if not all can be found as citizens of America. Documented Citizens ooh. Ghana also prides itself as the Gateway to Africa. Her recent effort of initiating the year of return has been praised for its success. If not for Covid- If not for Covid-
One of the lead advocates for African Unity was from Ghana. Ghana is therefore seen as the beacon of hope for African unity. Then why the pockets of intolerance fueled by politicians?
Being an American or Ghanaian or citizen of a country does not come with strict body features. We come in different shapes and sizes, different shades of hue. We need to acknowledge respect and appreciate the individual features of others before we can accept them in our group and expect them to also assimilate some features of the group’s identity
Due to planning purposes , groups have to document people who identify with them at a specific time. Identification with a group does not mean one has to cut ties with his or her prior associates.
In Psychology, the principle of Individualism and Collectivism is deeply explored. Where individualism looks at personal goals and Collectivism looks at group goals. In our lives, we need to have the two; Individual goals, personal opinions and that of the group. Don’t just follow the crowd. Stand out but in standing out make sure you don’t cripple others, you don’t shout over your voice. Give equal opportunities for others  to make decisions pertaining to themselves and contribute to group discussions.
Maybe the Eʋes foresaw the issue of their Ghanaianess been questioned that is why they, a loosely held ethnic group wanted to have their own country. They have stayed and people call them non-eʋes
African Culture is touted as leaning towards Collectivism. “I am because we are” philosophy. It may be a great concept but I fear sometimes, some groups stifle personal intiative just to sacrifice it for the common goal which might not always be positive. When we however embrace people’s individual being, and agree to disagree as we associate with them, the world would become a more better place to be.

in that rounded way

This is a text widget. The Text Widget allows you to add text or HTML to your sidebar. You can use a text widget to display text, links, images, HTML, or a combination of these. Edit them in the Widget section of the Customizer.